If you change the HYDROGEN BOND ANGLE in any ordinary drinking water from a SLUGGISH 104° degrees to 114° degrees it clears arteries by increasing measurable blood flow!

Below are excerpts taken from the book ” The Faraday Twins”  written by author Jon Christian Ryter who has a readership of over 16 million people.

A nurse, impressed while looking at a patient’s red blood cells ( A John Ellis Water Drinker) on a slide under a microscope, wrote a letter to John Ellis after the patient recovered from a heart attack, noting that “…the little round red blood cells was part of the reason why my patient brought that miraculous machine with her to the hospital. I see now why she has that machine. We could see an immediate change in the red blood cells. It was amazing!”

John Ellis responded to the nurse: “You saw that because our system weakens the bonds of the blood cell. The hydrogen bond angle is 114° which creates the ability of water to pass through a membrane and penetrate the cell. That’s why when people buy normal single pass distillers, the content in the distiller will be 104° when the distiller is turned on, it will boil and the bond angle of the water will expand anywhere from 108° to 110°. When the water cools, it will always cool to 101°”. 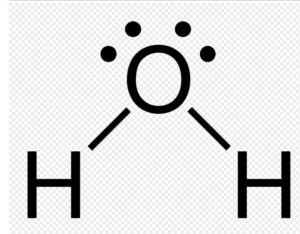 The water, on the supermarket shelf, will be referred to as “distilled water” simply because the water is boiled until it is deionized (removal of minerals and grit from the water). Steam iron manufacturers do not recommend using distilled water for steam irons. If you read the instruction card from most American made steam irons, it will likely suggest deionized water which is 50% tap water and 50% distilled water which prevents your steam iron from spitting at you. Using our patented distillers, the bond angle will expand to 113° to 114°–but when the water cools, the bond angle will remain at 113.8° to 114°. In other words, the expansion of the bond angle is permanent.

You can read out testimonials here. We have even had scientists at the world famous Los Alamos Nuclear Lab look into our water and let us know of there findings too! Also the famous Brookhaven Laboratories had their scientists look into our water, after having a problem with radiation in the water supply in Long Island. They came back to us and said:

“Your machine gets rid of cancer-causing radiation by recycling water 100’s of times per gallon!”