If you’ve been reading about John Ellis and his Electron distillers and re-purifiers you should be well aware of the medical reality they possess. The term “distiller” is a word with a generalized definition. In other words, if all you did with an Electron distiller was distill water, then all you would be doing is boiling water to steam and condensing it back to a liquid. (By the way, that’s what many of the five-and-dime variety distillers do.) 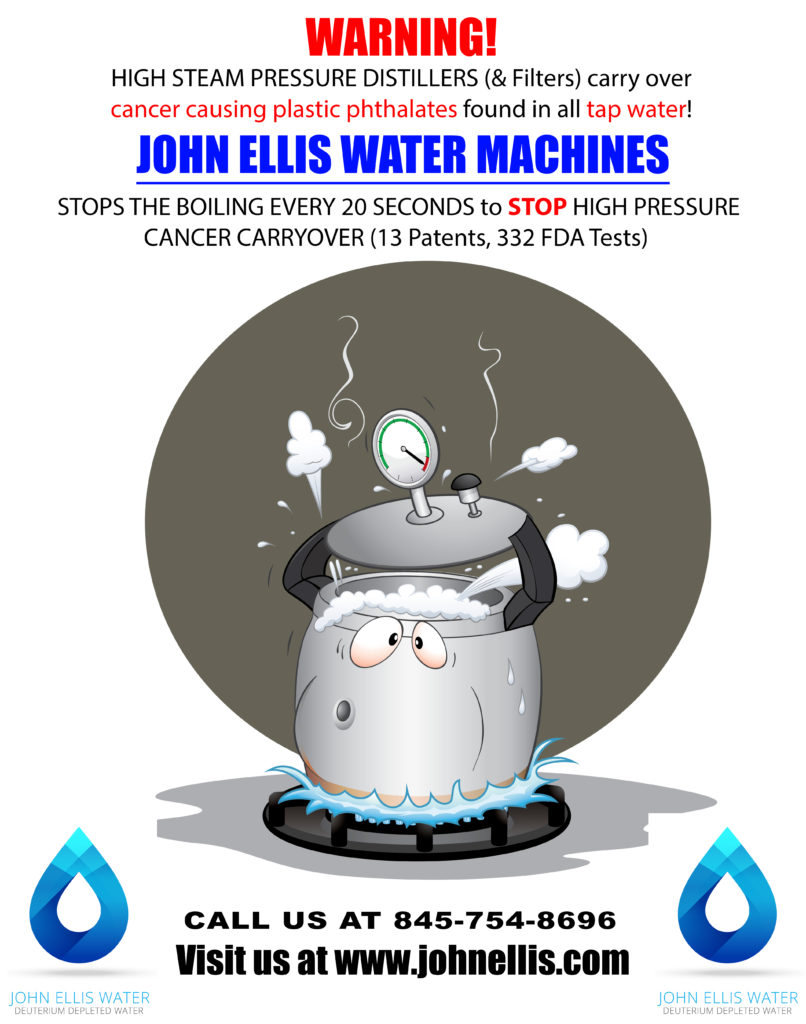 In other words, the cheap distiller is more or less used to keep your throat and nasal passages moist. Most people think of them as moisturizers and not distillers. Dr. Michael Carpendale, MD, the pioneer of an Eighth Element project, and a professor of Orthopedic surgery at the University of California School of Medicine said the following in a speech to his medical students which verifies that graft exists in some form or just about everywhere in order to downplay medical distillers and sterilizers.

To his student body he said: “In the FDA, the drug companies have pharmaceutical reps on almost every committee. If there’s something which may be effective in treating some disease but greatly undersells the average cancer drug sold by the average behemoth drug company, the drug industry, is not going to be pleased if that drug or treatment ends up on the market instead of the much more expensive cancer regime than the multifaceted
mega thousands of dollars for a complete cancer regime which generally includes surgery followed a year or two, or perhaps even three or four years later—depending on the type of cancer you have, or more important—the expertise of the doctor or the success of the treatment you received.” Oxygenizing your blood to kill disease is in the forefront of thought in the minds of medical providers and caregivers, but oxygenizing your blood is also a preventive measure that every smoker in America should consider.