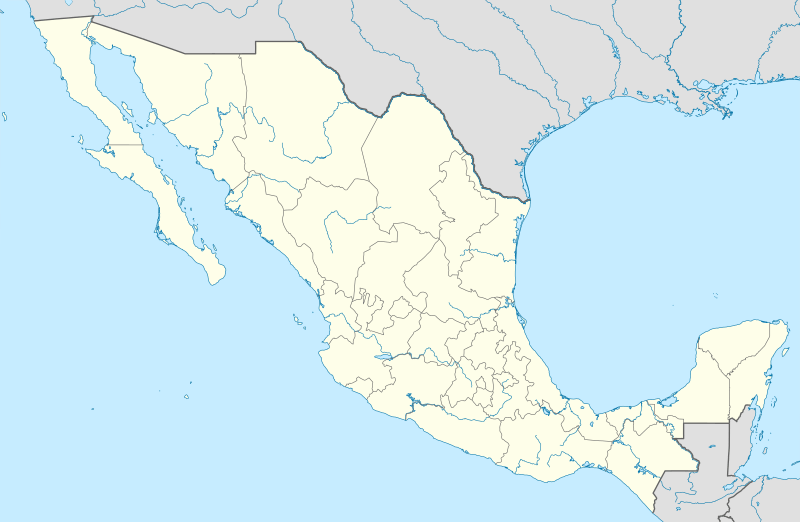 Skip about three centuries from Faraday. On Jan. 27, 1992 Washington Post foreign correspondent Edward Coty went to Tlacote, Mexico to witness the “miracles” he had written about a year before. Tlacote is about two and a half hours from Mexico City. Tlacote’s not exactly a thriving metropolis. It’s a small village along a dusty road that offers one thing: cheap labor for home builders, or farmers for what crops will grow, or wealthy farmers
like Jesus Chahin who, in 1991, purchased the farm at Tlacote. Rumor had it that Chahin wasn’t planning to be an agri-king, but had plans to build a private golf club. He reportedly was an avid golfer.

As Chahin and his workers were moving his belongings into his new hacienda as the rain lifted, a vehicle coming down the road accidentally struck his favorite tag-a-long dog, which limped to the well and began to lick up water from a hole in the side of the cistern where some bricks had broken off. Chahin’s workers insist that almost as soon as the dog was struck by the vehicle, he licked up water from the well and walked off without a limp. Chahin cleaned the wound with clean well water. Chahin’s workers—or anyone else on a hot day–could stop at the well under the shade of a tree on the side of the road and have a ladle of water to quench their thirst.

Because Chahin favored the dog which was reported in one news story as a stray), he picked him up and carried him to the ranch house and called his veterinarian. When the vet arrived, he assured Chahin that the dog was okay. No broken bones. No other injuries. Others who were present when the accident happened spread the story that Chahin’s dog should have been killed that day, but was okay. The following day, he was running around the property, playing. Neighbors who never “go for a walk,” started walking past Chahin’s well with small mugs and jugs which they filled with his well water.

The only thing wrong with Chahin’s dog was that he was thirsty. It had rained earlier that day, but now it was hot and muggy. The dog wanted water from the well. A passing car, perhaps driving too fast on the still rain-soaked road, swerved to miss the dog. Some of Chahin’s workers, lagging along behind them heard the crash and the yelp but failed to realize that the brick and stone siding of the well suffered the brunt of the collision. Had the collision occurred before the truck skidded on the muddy road and hit the dog instead of the well, its likely Chahin’s dog would have been seriously injured or killed. Since the car was moving fast enough to kill or seriously maim the animal who had stopped to lick up some water, the workers assumed what they thought could or, perhaps did, happen, didn’t. They attributed the dog still being alive the following day as a miracle due to his drinking water from Chahin’s well. Word spread quickly that Chahin’s dog suffered a fatal accident but the water from his well restored him to life.

As the rumor festered, a few of Chalin’s workers found an excuse to go to the well and drink a double handful of water. When Chahlin told them to stop drinking the water because it didn’t look clean, they assured him that most of the animals drank from the well all the time, they assured him, and it never hurt them. Chahin told his workers he would call the Health Inspector to check the water in the well to make sure it was okay to drink.
The Tlacote Health Director came out, checked the well and assured Chahin there was absolutely nothing wrong with the water the men drank—nor the dog. He assured Chahin that a year earlier he had checked all five of the distillers which kept the well clean and the water safe to drink. Chahin asked the Inspector “…if the water coming out of the faucet in his kitchen sink looked like the water in the cistern after it collided with the truck—would he drink it?” The inspector—of course, assured him he wouldn’t, adding that if he sent samples of the water to the manufacturer in Westbury, New York they would check it and, if it needed parts, they would supply them—for a price, of course. Chahin insisted the inspector do his job, inspect the well and fix it.

When the water inspector tested the water, he made the discovery which confirmed the origin of the five distillers that produced, distilled and purified the water and what Chalin’s Well would soon be called: “The Miracle Water of Tlacote,” or the inspector’s favorite: “Light Water,” or “God’s Pure Water.” (Keep in mind, Chahin’s well had not been cleaned since the former owner had cleaned the distillers—probably once or twice since they were originally installed some years before. Remember if you wisely invest in distiller of any type for your home, it needs to be cleaned periodically regardless if it’s a five and dime distiller or an Electron 5, 6 or 7. It will trap all of the debris and particles of earthen pollutants and all of the pathogens and dispel them. In other words, the distiller must be cleaned and sanitized between use. The debris and pathogens don’t leave on their own.

The John Ellis distillers are the most unique distillers in the world. That’s he owns 13 patents and has written 332 FDA approved scientific tests. The water which makes it way over 100 times through the John Ellis Electron distillers purify, distill and re-purify and re-distill the water with 20 drops of
boiling water every 30 seconds—an instruction found in an earlier section of this book. They produce the purest, most punishingly distilled water in the world. More important, the curative power of John Ellis’ water requires constant, specific movement of the water from one metal tank to another so carefully regimented that it becomes what Sister Maria Guadalupe Agular, a Dominican nun who drove 175 miles from Pueblo to Tlacote along with a fellow nun and a priest, Father Juan Crespo, who suffered from prostate cancer, referred to as “miracle water.”

In being interviewed by the Post’s foreign correspondent Edward Coty, who walked up that road that day with the priest and the Dominican nun, Sister Mary who told the reporter that Chahin, a wealthy rancher made his well water available free to the public since May, 1991 when he discovered the claims of its healthy properties from hundreds if not thousands of people who insisted they were healed of a host of diseases and maladies from
drinking the water in Chahin’s well. Coty saw himself winning a Pulitzer Prize for his article (which never happened), with thoughts of both the Miracle of Lourdes at the Grotto of Massabielle in France on Feb. 25, 1858, and what became known as the “Miracle of the Sun” at Fatima, Portugal on Oct. 13, 1917 dancing like sugar plums in his head.

When Coty sensed a Pulitzer Prize winning supernatural story, he envisioned the headlines appearing all over the world. However, Chahin quickly dismissed the reporter’s continued reference to “miracles” and “miracle water.” Coty, convinced there was a miracle in his pencil and paper, was going to write the story—insisting that only a miracle could bring the thousands of people to the grotto.

Chahin, who actually knew that the water in his well was being purified by five special distillers which the former owner bought from a company in Westbrookville, New York called Crystal Clear some time before because there was too much iron and other minerals in the water in the well which rendered it undrinkable. What Coty dubbed as “light water” was a patented distiller that protects the mechanism of the stainless steel distillers
that altered the bond angle of the water which kills any pathogen that oxygen kills.

But even though Chahin explained to Coty how the distiller worked, constantly re-purifying and re-distilling the water a hundred or more times. If any water in the world was as pure and clean as that in Fatima, Portugal or Lourdes, France, it was the water which came from the man-made stainless steel and heavily patented distillers in Chahin’s five distillers in his well in Tlacote, Mexico. It would likely be the guess of anyone who came to
Chahin’s well that the water in their jerrycan which made their bodies, illnesses or diseases feel better would probably taste the same as the water in the Garden of Eden long before man began telling time and lies.

In May 1991 when the pilgrims theoretically first heard of the miracle well and the first thousand people trekked some two miles up the gravel, dusty road seeking for a miracle . By July, 1992 over 5,000 people came. By this time, Chahin was logging the visitors by name and address in a log book. When Coty returned the following year Chahin brought him into his office. A month after the Washington Post story broke about Jesus Chahin’s well (fed by Crystal Clear distillers), an average of 10,000 people a day were showing up at the well. They slept on the ground or in their cars or vans, sometimes for as long as two days, waiting to fill their jerrycans at faucets installed by Chahin behind the hacienda walls. As the number of pilgrims grew, Chahin was forced to limit the amount of water each pilgrim could take to 2 1/2 gallons. While the Washington Post insisted on calling Chahin’s water a miracle, Chahin knew it was the distillers and not God that was creating the “miracle,” and tried to convince Coty of that fact. But Coty came to Mexico to write about a miracle, and 10 thousand people a day was miracle enough for him. But here’s the reality of the miracle well.